North London giants Arsenal have suffered a dip in form at the wrong time with Champions League football on the line after they were beaten in their last two games in the Premier League.  The Gunners were in pole position to secure fourth spot and Champions League football alongside Manchester City, Liverpool and Chelsea before the games at North London rivals Tottenham Hotspur and new moneybags Newcastle United. 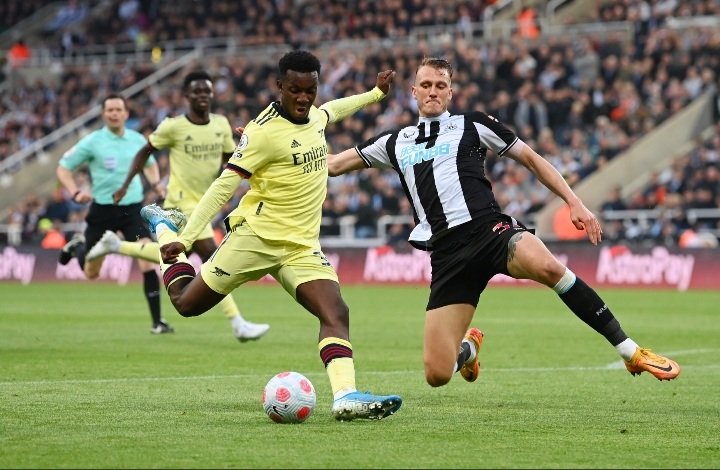 Arsenal were on a four-match winning run and with a four-point cushion over Tottenham Hotspur in fifth place before the two teams met in the North London Derby last week Thursday. At the end of the derby game, the Gunners advantage had reduced to one point after a 3-0 defeat with ten men. Harry Kane scored twice in the first half to take his tally to 13 Premier League goals, while South Korean attacker Son Heung-Min was responsible for the third and final goal of the game two minutes into the second half. Also, Arsenal had a man sent off in the first half with Rob Holding getting booked twice in the first half to leave his team with a man disadvantage for around hour.

The defeat to Spurs ended a run of four successive league wins for the Gunners. Arsenal made it two straight defeats in the Premier League when they were beaten 2-0 by hosts Newcastle United. The North Londoners would have retained their place in the top four if they beat Newcastle United ahead of the final day of the season this weekend. Ben White put through his own goal in the second half for the first goal of the game before new signing Bruno Guimares sealed the win for Newcastle United with five minutes left on the clock.

Arsenal would be hoping to avoid a third straight league defeat when they take on Everton on Sunday with Champions League football still possible. The Gunners have lost their last three games against Everton.